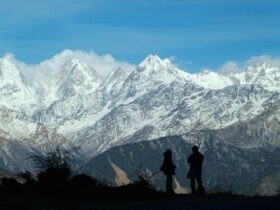 Bangalore, which is also known as Bengaluru is a popular IT Hub. The garden city of India is also known for its parks and night life. There are many places to visit near Bangalore within 100 kms, which can be a one day trip. These places can be covered in a single day and are a good option for a quick weekend getaway.

With so much happening in our lives everyday, sometimes it becomes imperative to go out on a short break in order to feel refreshed and rejuvenated. Here, we have handpicked some of the best places to visit near Bangalore within 100 Kms. Hope you will have a good read.

Best Places to Visit Near Bangalore within 100 KMs

This place is around 70 kms away from Bangalore. It is beautiful with rocky hills and shrubs around. This can be a nice one day little trip and adventure. You have to walk 4kms to reach the top of the hill. It is recommended not to go during rainy season as in rainy season the slope could be slippery and difficult to climb on.

You should carry a water bottle and food because there is no restaurant at the top of the hill. Also there is a liitle temple you would like to visit.

Place near to Bangalore and near to mulbagal village is the enchanting hills whose history goes to Ramayana of dwaparayuga. It is known that Sita gave birth to Luv and Kush here. Avani itself means mother. There is also a temple here.

This is a place you would fall in love with more if you love history as the architect here mainly resembles Nolamba Dynasty in 12th Century. To reach the Sita temple you have to trek a far distance. On the way of the temple the entire script of Ramayana is written. From the Sita temple when you trek upwards there is cave where it is known that Mother Sita has seen the war between her twins and husband Lord Rama. In the Cave there is a place where Sita gave birth to her sons.

Further hiking up you will find pond between a cave where mother Sita was known to wash her clothes. A bit away from that place is Pancha Pandava Gudi where all the Pandava installed Shiva Linga here.

Activities such as trekking, target shotting and exploring the birth place of Luv and Kush are done. They will provide you with breakfast and lunch.

Bannerghatta National Park is situated 22kms from Bangalore. That is quite near for a wildlife preserve to be from a big city. This biological park was independently established on 2002. It is have different regions such as a zoo, butterfly park, rescue center.

You may also like Bannerghatta National Park – A Complete Guide

You must visit this place and enjoy looking at the animals in the forest. It is one of the best places to visit near Bangalore within 100 KMs for all nature lovers.

The Anthargange trek is one of the most coveted trekking spots near Bangalore. It’s a unique confluence of trekking and cave exploration that takes the excitement one notch up. Anthargange hill is completely surrounded by boulders. Located around 65km from Bangalore near Kolar, the elevation of the top of this hill is 1712m above sea level.

Anthargange Sunrise Trip is an unforgettable experience in terms of trekking and cave exploration. The trek which is around 3km in length, you will find it to be pretty moderate as the trek starts with finding a way through broken rocks and tricky path in the boulders to finally arrive at the cave site to explore.

This amazing experience of making your way through the formation and crawling at times because of the cave’s volcanic rock formation is a tale that will become everyone’s point of envy.

The experience at Anthargange cave takes you back to prehistoric times, where you finally could be a “Cave Man”. Unwind by the bonfire and let the magic of early dusk hours captivate you. All the efforts and wait pays off right after the completion of the trek when you get to witness the mesmerizing sunrise from atop the mountain. And, if luck favors, you might catch a glimpse of some wild animals around.

As the dusk fades away, make your way back through the cave to the base. This adventure activity at Antargange is a must have experience around Bangalore within 100 KMs.

It’s a must visit place within 100 KMs of Bangalore if you want to have an amazing experience of visiting vineyards. At this place you can witness the entire process of wine making, from crushing of grapes to finally bottling and labelling. You are bound to have a delightful experience, where you would also get a chance to be a part of wine tasting session. It sure is one of the best places to visit Bangalore within 100 Kms for all wine enthusiasts.

Sangama and Mekedatu (93 Km from Bangalore)

Located in Kanakapura Taluk, Sangama, Mekedaatu and Chunchi Waterfalls are around 95 kms from Bangalore. River Kaveri runs through different small and big rocks here offering beautiful view to visitors. This place can be dry during the summer season as the riven in the water can be very less.

The Best time to visit Mekedaatu is from October to March. One have to be careful when they wish to visit this place during the full rain season as the rocks will be slippery and the river will be in its full form. Mekedaatu is also famous for picnic activities.

It is located 60km far from Bangalore and is under the protection of Archaeological Survey of India as a monument of national importance. While Nandi Hills is a pretty popular tourist site, not many people know about the Bhoga Nandeeshwara.

Around hundred kilometers from the city of Bangalore, Channarayana Durga, a perfect trekking destination, lies in the Tumkur district of Karnataka. A fort that is situated on a hill at a height of 3734 feet, the fort has witnessed to the rise and fall of several kingdoms. Kings who ruled Madhugiri, who were not that popular, were the ones who originally built this fort. The old structures that remain intact and few of the temples that are still there in the fort reminds us of the glory it held in the past.

The fort was built in the 17th century by a feudal lord called Chikkappa Gowda, who was the ruler of Madhugiri and the places surrounding it. During the Medieval times, many battles were fought for the possession of this fort. According to history, the Mysore Wodeyars and the Marathas continuously fought with each other for the place and the fort kept on being passed back and forth till the third Mysore war when the British gained control of the fort. Within a short span of time, they abandoned it.

Over the years several attempts have been made by both the locals and the travelers to hunt down any treasure that might have escaped the hands of the rulers who conquered the fort at different times. Even though luck has never favored the treasure hunters, the never-ending enthusiasm, and hope of finding the treasure inspire them to go back again and again.

The Kotilingeshwara Temple lies in a very small village named Kammasandra in the Kolar district. The temple is extremely famous because of the largest and the tallest Shivalinga present in Asia. More than 2 lac devotees visit this temple every year.
Maha Shivaratri is a special occasion and a large number of devotees make it a point to be there on this auspicious day. The temple can be easily reached from the gold fields of Kolar.

The Shivalinga is 33 mts and is the tallest in the World. It has an accompanying Basava statue which is 11 mts tall and is surrounded by a large number of Shivalingas spread across the area. The project involved an establishment of one crore shivalinga, hence it is named Kotilingeshwara. Currently, there are about a hundred lakh shivalingas.

You may also like 15 Popular Historical Places Near Bangalore

Most popular and beautiful visiting place near Bangalore which is around 60 kms from the city located in Chikkaballapur Road. Nandi Hills have many parks, offers beautiful hill views and is perfect place for one day trip from Bangalore.

The Best thing about Nandi hills is, this place can be visited by couples, with friends and also suitable for families with kids, as there are many things for the children to do. I would highly recommend to add this places to your bucket list of best places to visit near Bangalore within 100 Kms.

Also Read 17 Best Places To Visit in Bangalore At Night

The Dodda Alada Mara means a big Banyan tree. It is (a giant 400 year old Banyan tree or Ficus bengalensis), located in the village of Kethohalli/Ramohalli in the Bangalore Urban district in Karnataka. This single plant covers 3 acres (12,000 m2) and is one of the largest of its kind. It has a crown circumference of more than 250 meters and has more than a thousand aerial roots. In the 2000s, the main root of the tree succumbed to natural disease, and now it gives the impression of there being many different trees. It is definitely one of the unique places to visit near Bangalore within 100 Kms.

The Big Banyan Tree is positioned at a distance of 28 km from Bangalore towards Mysore Road. City buses are available from Majestic, Kengeri, K R (city) market to the stop at Dodda Alada Mara which is close to the tree. You may see several youths visiting on hired taxis, autos, private vehicles and on bicycles too. Banyan tree is a holy tree for Hindus.

Hope you liked this article on best places to visit near Bangalore within 100 KMs. Do share your views with me in the comments section below. If this article was helpful, do share this post with your friends on Facebook and Twitter. It would mean a lot to me.