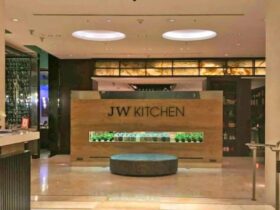 15 Best Restaurants in Bangalore for Every Occasion

India Gate, Delhi – A Complete Guide. India is a land of diversity. It has excellent sites that flourish in diversified natural beauties like that of oceans, forests, mountains and valleys. The man-made sculptures, palaces and forts add to the beauty of this mesmerizing country.

Every now and then, you can take a break from the monotonous life that you have been living and visit any of these visual gems that the country beholds.

With various places to choose from, our capital city Delhi houses some of the iconic places that make our country famous worldwide. India Gate is one of the spectacular landmarks that our ancestors have constructed and is an integral part of our history.

Previously India Gate was called All India War Memorial, and it was built in 1921. It was constructed as a memorial for the 70,000 British-Indian soldiers who gave their lives fighting in the First World War and the Third Anglo-Afghan War.

Located on the Rajpath, New Delhi, the India Gate is a profound iconic structure of our country that has been a part of our history for years.

India Gate also has a “tomb of the unknown soldier” which was built after the Bangladesh Liberation War in 1971. It is dedicated to the numerous soldiers who have given their lives in an unknown manner.

On every Republic Day and Independence Day, the Prime Minister of India visits the memorial to pay his respects, and after that, the parade starts. India Gate has also been a part of numerous protests.

The Imperial War Graves Commission commissioned the building of a war memorial in India to commemorate the soldiers killed in the war. The foundation stone of the memorial was kept on the site on 10th February 1921 by the Duke of Connaught.

Ten years later, on 12th February 1931, the Duke of Irwin inaugurated the memorial and called it the memorial for the known and unknown heroes who gave their lives fighting in the First World War and Third Anglo-Afghan War.

After the Bangladesh Liberation War in 1972, a “Tomb of the Unknown Soldier” was build here as a memorial to the unsung heroes.

The Architecture of India Gate

India Gate was designed by Sir Edwin Lutyens who was an expert in designing memorials and a part of the I.W.G.C. The monument has an arch form that resembles the Arch of Constantine, Rome. India Gate has also been called as the creative re-working of “Arc de Triomphe”.

Spanning an area of 30 feet, India Gate lies on the eastern end of the Rajpath. The arch has a height of 138 feet and rises from a base of red Bharatpur stone. The entire arch is made up of yellow and red sandstone.

Under the arch lies the tomb of the Unknown Soldier which is a platform of black marble on which a rifle is placed under a helmet.

Things to Do At India Gate

There are numerous things that you can do if you are planning to visit the India Gate. You can choose from the list below.

India Gate is open on all days from morning to night. You can visit the memorial at any time of the day you want.

It is advisable that you visit India Gate after sunset when the monuments get lit up by numerous lights.

There is no entry fee for anyone travelling to the India Gate. Entry is absolutely free for everyone.

How to Reach India Gate

Indira Gandhi International Airport is the nearest airport to India Gate and is located at a distance of about 13 kilometres. You can take any cab or auto after you reach the airport.

Delhi being the capital city of the country, is well connected with the major cities and neighbouring places via train. After reaching the station, you can take any local mode of transport and reach India Gate.

If you are travelling from within the city, you can take any private cabs or taxis to reach India Gate. There are multiple buses that travel from the neighbouring cities to this place.

The Rashtrapati Bhavan or the Presidential Palace is the official residence of the President of India. This building is located on the western end of the Rajpath.

The building spans an area of 320 acres and has presidential gardens, reception halls, guest rooms, offices and the 340 room big main residence of the president.

It also includes the chambers and outhouses of the bodyguards and workers and stables. The building was constructed in 1912 and is the largest office that any head of a department holds.

Jantar Mantar actually means a calculation doing instrument. It is derived from the words Yantra and Mantra. Jantar Mantar is a sundial that was built by Maharaja Jai Singh II in the 18th century.

It consists of 13 individual instruments that make approximate calculations on the exact time of the day, the position of stars, sun, moon and earth and also finds out the longest and shortest day of the year. It is made up of bricks formed of sedimentary rocks and thus has a reddish colour.

Qutub Minar is one of the iconic buildings of our country and is actually a victory tower. The tower is in the form of a minaret and is tapering in shape with a base of 14.3 meters which reduces to 2.7 meters at the top.

Its construction was started by Qutub-Ud-Din-Aibak in 1199 and after his death, his son in law, Shamsuddin Iltutmish completed it. The tower is five-storied and is an integral part of our history.

Raj Ghat is the place where the memorial of Mahatma Gandhi, the father of our nation was constructed. It was made on the spot where he was cremated the day after his death which occurred due to the assassination by Nathuram Godse.

Raj Ghat is located on the banks of River Yamuna. The memorial is a simple one build with black marble. On it, the last words of Mohandas Karamchand Gandhi “Hey Ram” are inscribed.

There is an ever-burning lamp placed on the marble platform. The memorial exists between green lawns and is flanked by a stone path.

Hope you liked this article on India Gate. Do share your views with me in the comments section below. If this article was helpful, do share this post with your friends on Facebook and Twitter. It would mean a lot to me.