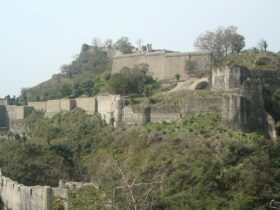 Lalbagh Botanical Garden is the most beautiful tourist attraction in the Bangalore city. It can be called a green paradise in short. The garden carries major historical significance as it was constructed by Hyder Ali and finished by his son Tipu Sultan- the ruler of Mysore. The Lalbagh garden is laid out in an attractive pattern consisting of lakes, ponds, irrigation facility, colourful flower beds, and a beautiful glass house.

Millions of visitors from across the world come to visit this garden to view its exclusive collections of more than 1000 species of plants. If you are travelling to Bangalore, the botanical garden should not be missed at any cost.

Lalbagh Botanical garden is a major tourist hub located in the southern part of Bangalore city. The establishment of the garden started under the guidance of Hyder Ali who was the father of Tipu Sultan. He hired people from the Thigala community for the gardening work as they had vast experiences in it.

The garden was built on the inspiration from Mughal Gardens at Sira situated at 120 km from Bangalore and came to life when Tipu Sultan planted numerous plant species in the garden to turn it into the Botanical garden in the present times. The garden in the ancient days was the first to be established in India, containing various rare plant species from the international subcontinents.

By 1887 Lal Bagh almost covered 45 acres while in 1889, 30 acres land were added more from the east, 13 acres more in 1891 with the massive rock along with Kempegowda Tower, and in 1894, another 94 acres land was added under the rock area making it a total area of 188 acres. The garden is the biggest example of natural beauty from the historical era.

The layout of the Garden

Lal Bagh Botanical garden has been given the name of Lal Bagh due to its plenty of rose collection that makes the garden appears red along with numerous rare plant species from across the world. The Lal Bagh rock which is a major attraction in the garden is a 3,000 million years old rock and can be termed as one of the oldest rocks of Earth.

It consists of 1000 different plant species and also houses a lake that offers boating facilities to the tourists. The garden is covered with some exotic collections of beautiful flower beds and many beautiful structures. It is like a green paradise in the busy city of Bangalore.

Lalbagh Botanical Garden boasts of more than 1000 plant species collected from various parts of the world. For regular to the rare ones, you will find various kinds plant species here as well as flowers. There are 670 unique genres of plant species resting inside the garden. Some of them are Cola acuminate, Cassia fistula, Butea monospermous, Swietenia mahagoni, Brownea grandiceps, Amherstia nobilis and many more.

The garden is very much famous for its flower species and flower shows. Some of them are- Purple Bauhinia, flowers of cabbage Bark Tree, Pride of Bolivia, Octopus flowers from the Umbrella Tree, Rangoon Creeper having the sweetest nectar, Kanaka Champa, Philippinie Jade Vine, Bauhinia Alba, Ceiba Pentandra, Schotia brachypetala, Seedpod flowers from the Pithraj tree, Purple Jacaranda, and many more.

Various historic monuments like Red Fort, India Gate and many more are created completely from colorful flowers resembling the original monument colors or in short their floral replica. Recently in the year of 2018 in August month, Lal Bagh has celebrated its 208th flower show and one of its famous creations was the rose film reel by using 15,000 roses and a camera of 7,000 roses.

Inside the glass house, it has several outstanding floral exhibits made from eight different varieties of seasonal flowers having a whopping expense of 2 crores. It is one of the most beautiful events of Lalbagh and a must watch in a lifetime.

This is the first major attraction of the garden launched by the HMT watch factory in 1983 as a gift. The clock is situated at the garden entrance and operates by solar power. The electronic oscillator is regulated by the quartz crystal that helps the clock to detect time.

The clock has a beautiful structure and 7 meters wide. What makes it more attractive are the fairy tale characters like Snow White, Seven Dwarfs in the clock circumference. The clock dial is beautified with colorful flowers which are a sight to behold for every visitor.

It is a 20 million years old coniferous tree trunk imported from Thoruvakkaru National forest which is one of the unique attractions of Lalbagh garden. It is situated in Lal Bagh between bandstand and Topiary Garden.

The Glass House of Lalbagh is its most important structure inspired by the Crystal Palace of London. It was constructed in 1890, the glass house hosts the annual flower show every year during Independence day and Republic day.

It is a beautiful shimmery stream located in the garden that attracts thousands of migratory bird species throughout the year that come and sit by the lake to drink water. It was constructed initially for the garden’s water supply in 1890.

Lalbagh is famous for its floral beauty. So to enjoy the blooming seasonal flowers, the ideal time to visit Lalbagh Botanical Garden is from January to February which is the spring season. Another important time to enjoy the floral beauty is during the flower show in Independence Day and Republic day.

If you are planning to visit Lalbagh garden Independence Day period or Republic Day is the perfect time to enjoy the awe-inspiring natural beauty. It can be also visited during the other seasons but you might miss the blooming flowers as they are seasonal and have a specific time to bloom. Else the garden is beautiful to enjoy all throughout the year.

How to Reach Lalbagh Botanical Garden

Lalbagh Botanical Garden can be accessed easily by Air, Rail, and Road easily due to its location in the proper city of Bangalore.

By Air
If you are traveling by airways, then you have to reach Bangalore airport and from there you can book a cab to Lalbagh garden being located at a distance of 35km.

By Rail
If you are traveling by railways, then you have to reach the Bangalore railway station which is quite close to Lalbagh garden being located at a distance of 5.9km. You can get a bus and taxis from there to reach Lalbagh garden.

By Road
If you are traveling by bus, you can get down at Majestic stop which is located at a distance of 7 km from Lalbagh and then you can book an auto to the garden. If you are using private cars you can directly reach the destination.

Lalbagh Botanical Garden entry fees are quite affordable for all kinds of individuals. It is absolutely free for the kids below 12 years and charges Rs.10 from the adults. It has separate vehicle fees.

The visiting time of Lalbagh Botanical Garden is from 6 A.M. in the morning to 7 P.M. in the evening.

It takes minimum 2 to 3 hours easily to visit the entire garden and explore it beautiful creations like lotus pond, Lalbagh lake, flower beds, glass house and many more.

There are many important tourist attractions located near the Lalbagh Botanical Garden. So once you are done visiting it, you can spend your day with these attractions. Some of them are:-

It is a famous pilgrimage site in Bangalore having high religious importance. The temple is dedicated to Lord Vishnu and follows Dravidian architecture. The temple is best known for its Brahmostava festival which is grandly celebrated each year in Shravana Shaniwars when all the deities present in the temple are taken in a parade tour across the city in a chariot.

The temple houses a unique shrine of Lord Vishnu in the form of Tirupati with his hand postured in the upward direction as a blessing. The temple is a must visit for all Vishnu devotees.

It is an important landmark of Bangalore located at a distance of 0.6km from Lalbagh. The tower was constructed by Kempe Gowda in 1537 who founded the Bangalore city. There are a group of four towers which he once constructed as the city boundaries but now as the city has developed immensely it has become a popular attraction for the tourists.

It is a wonderful place for relaxation and entertainment with your family members having an open-air environment. It has various colorful structures for the kids to enjoy, playgrounds to play, walking trails for the joggers, benches to spend some quality time, beautiful fountains in the natural surroundings, statues of important rulers, and a beautiful garden with colorful flowers. It is perfect for nature admirers.

Other important attractions located nearby are Dodda Ganapati temple, Bull Temple, Visveswaraya museum, and many more.

10 Most Popular Hill Stations in Uttarakhand

In today’s article we are going to know in detail almost all the information about Rameshwaram temple located in the ...

Rameshwaram is one of the popular religious pilgrimage destinations of India located in Ramanathapuram district of Tamil Nadu. It lies ...

Looking for the best hill stations near Rameshwaram? India is emerging as a major global travel destination in the world. ...