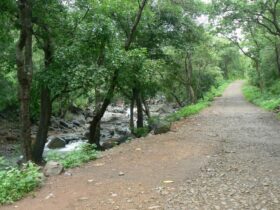 Cubbon Park is a natures paradise in the crowded city of Bangalore. The Park is extremely gorgeous with its green landscapes, 6000 species of trees, small water bodies, dancing fountains, and vibrant flower beds at each avenue. It is one of the best places for the Bangalore citizens to spend some peaceful time away from the busy city life.

The park houses important heritage buildings like Attara Kacheri, Cubbon Park Museum and Sheshadri Iyer National Park along with the largest Botanical Garden and Bangalore Aquarium. It is also a hub of cultural programs, yoga activities, and many important events. The park is open for the visitors between 6 A.M. in the morning to 6 P.M. in the evening.

Things To Do in Cubbon Park

Relax and enjoy a picnic

Cubbon Park with its lush green beautiful landscapes makes the destination a perfect picnic spot with friends and family. The different varieties of trees, foliage, Lotus Ponds, Bamboo Groves, Dancing Fountains, and the gorgeous flower beds covering the entire Park makes it best for some great photoshoots with an amazing background.

The location is perfect to host different fun events on a picnic like cricket games, family games, or some quick fun sports activities. Kids and children can enjoy too playing around having a gala time. The park has an amazingly peaceful atmosphere to unwind yourself from the stressful life and that’s what makes the location perfect for spending some quality time with friends and family.

Poetry in the Park

If you are a writer, a poet or have an extensive love for poetry, Cubbon Park is here to delight you with its poetry group gathering every month. The poetry group here forms a circle sitting under a tree and shares their handwritten poems or their inspiring author’s poems to the fellow mates. There is an open exchange of poetries from different people in the group to inspire each other.

There are no lingual barriers so you are free to deliver poems in your own language. The groups each month picks different genres and also explains the details of the poetry lines to reveal you the inner thought behind the writing. The session is lovely to enjoy among the perfect green settings of Cubbon Park.

Cubbon Park is a great place to enjoy the chirping of Birds in its serene environment and if you are a bird watcher you can find numerous migratory birds in this area. The little ponds located inside the park attracts various rare bird species to the park which are hard to find generally.

You can spot an array of various bird species here like Herons, Brilliant Kingfisher, magpies, bulbuls, robins, bee-eaters, rare species of sparrow, Spotted Dove, Rock Pigeon, Little Cormorant, Brahminy Kite, Black Kite, Shikra, Coppersmith Barbet, and the list goes long. You can spot these birds at different locations and water bodies in the park and can take amazing pictures of them keeping as a memory.

This is one of the finest initiatives taken by Bangalore Yoga community to practice Green Yoga. The Yoga sessions are hosted at every Saturday morning in Cubbon Park which is literally a green pollution free paradise in the crowded Bangalore city.

The key elements of Yoga are concentration and dedication which can be done perfectly in the peaceful ambiance of Cubbon Park to heal the stressful mind.

The session is conducted in the park near the statue of Queen Victoria and gives you the opportunity to meditate with the most well-known Yogis of Bangalore city. All you need to do is wear your Yoga outfits, carry your own Yoga mat, water bottle and join the event.

The Bardolators of Bangalore are an open theatre troupe who shows their tribute towards Shakespeare by adapting his plays for the city audience. They organize the event in Cubbon Park making it the stage for their play. The plays are musical, accompanied by flute and violin and an open to attend event for all.

Mostly the plays are organized in the Bamboo groves of Cubbon Park as the setting perfectly tunes with the theme of Shakespeare’s plays. The open theatre is a pure love for the Shakespeare fans and other people as they are mostly related to the real-life incidents. The event has gathered a huge response hosting in Cubbon Park as it is the most accessible place for the Bangalore citizens.

A must read 8 Best gardens and parks in Bangalore

Participate in photo and heritage walks

Cubbon Park has thousands of historical facts hidden in its surroundings. The Heritage walk at Cubbon Park is a great way to grab its history through a leisurely stroll. It is a 3hour event encouraged with photography and guided by a host touring the important statues of Sir Mark Cubbon, Queen Victoria, King Edward VII, and explaining about the British influence on Bangalore city and its administration once upon a time.

The walk covers the important buildings of Cubbon Park like Attara Kacheri, Government museum, Vankatappa art Gallery, MGID building, and Seshadri Iyer Memorial Hall explaining about their political and historical impact in the past. The walking trail covers all the imprints and impressions on the Bangalore’s landmark that glorifies its past history.

Bangalore Aquarium is one of the largest aquariums of India located inside Cubbon Park. It follows an octagonal structure with three dedicated floors for various fishes. It offers a unique experience for the visitors to watch the different fishes from close proximity. The most popular fishes displayed in the aquarium are angelfish, red tail shark, blue gourami, Indian tiger barb, Siamese fighters, goldfish, and many more.

The museum is a joint collaboration of National Council of Science Museum, Ministry of Culture, and Government of India. It is located in the vicinity of Cubbon Park. The museum has separate floors dedicated to various scientific displays. The first floor comprises of the “Fun Science Gallery” that showcases the exhibits based on optics, fluids, sounds, math, and perception.

There’s a separate Engine Hall which displays the exhibits of automobiles, industrial machines, jet aircraft engine, and many other mechanical devices. The museum also houses “Electro-Technic Gallery” and “Space Gallery” exhibiting principles of electricity, electronics, and rocket science. There is also a kids section called “Science for children” to engage the kids in fun activities with science.

The museum located at Kasturba road in Cubbon Park is definitely an eye treat for the art and history lovers displaying exhibits around 5,000 years old. It is divided into two floors consisting of 18 galleries covering numerous topics like sculpture, natural history, art, geology, music, and numismatics. The museum is famous for its uncommon collection of geological and archeological artifacts like sculptures, old jewelry, and coins.

The museum showcases the classic antique displays from Mohenjodaro, terracotta work from Mathura, Begur Inscriptions, Atakur inscriptional slabs, Halmici inscription, weapons from Kodagu, and the ancient Kannada inscriptions. It also hosts a number of amazing paintings and sculpted works along with a slab of 12 Persian couplets from Tipu Sultan’s era.

Vidhana Soudha and Attara Kacheri are the most important buildings of Cubbon Park glorifying Bangalore’s past history. Vidhana Soudha is a major political landmark of Bangalore built in Dravidian style. The building is the largest legislature unit of India made in exclusive Bangalore granite from Mallasandra and Hessaraghatta having a height of 150ft.

Located across the Vidhana Soudha is the Attara Kacheri built during the era of Tipu Sultan in 1867. The building was an expansion by Tipu Sultan to house the Revenue and General Secretariat department during his time. As the name suggests the building consists of 18 departments following a Gothic architecture in complete contrast to the white building of Vidhana Soudha.

The venue is also famous for hosting Sachin Tendulkar’s last test match as India’s captain in February 2000 against South Africa. The playground of the stadium is slightly different from traditional Indian Pitches with more focus on pace and bounce which makes the overseas team enjoy playing on this ground.

Cubbon Park lies at a flexible distance to be reached from different parts of the city by various modes of transportation. It is situated at a distance of 34.1km from Kempegowda International Airport, 3.2 km from Kempegowda Bus Station, and 4.8kms from Bangalore Railway station. So it can be covered from all the major areas of Bangalore city through bus services, cab services, auto-rickshaws, and obviously through private vehicles.

The roads around the park are however not accessible during early morning between 5 to 8 a.m. while the roads running inside the park are only for light vehicles. The visiting time of Cubbon Park is from 6.00 A.M. to 6 P.M. every day except Monday and second Tuesdays in which the Park remains closed.

Is Photography Allowed in Cubbon Park?

Hope you liked this article on Cubbon Park. Do share your views with me in the comments section below. If this article was helpful, do share this post with your friends on Facebook and Twitter. It would mean a lot to me.