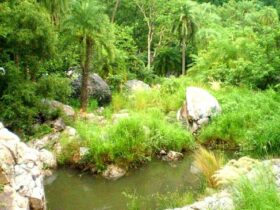 10 Best Places To Visit Near Jaipur for a Royal Holiday

Dodda Ganapathi Temple, Bangalore – A complete guide. The southern part of India is the land of ancient temples which is particularly known for their architecture, craftsmanship and impressive history.

Bangalore, the capital city of Karnataka state, is also the home to such temples and Dodda Ganapathi Temple is one of them.

Positioned on the Bull Temple Road of Basavanagudi in Bangalore, Dodda Ganapathi Temple is undeniably one of the holiest shrines in the city. This temple is known for its humongous monolith of Lord Ganesha which measures about 18 feet in height and 16 feet in width.

The literal meaning of ‘Dodda Ganapathi’ is the Big Ganesh which aptly justifies the size and shape of the monolithic Ganesh idol from the temple.

Apart from the main Ganesh temple, this premises also features a Nandi Temple. This is actually a shrine dedicated to Hindu demi-god, Nandi.

As per Hindu mythology, Nandi is the bull which was one of primary two companions of Lord Shiva, father of Ganesha. Nandi Temple houses a massive black bull carved out of rock which is worshipped as the Nandi Maharaj.

You may also like Top 8 gardens and parks in Bangalore

Every day, hundreds of devotees across the city as well as the country comes to visit Dodda Ganapathi Temple.

This temple remains open for Darshan from 6’o clock in the morning to 12 in the noon. It reopens at 5.30 pm in the evening and shuts down for the day at 9.00 pm.

Also read 12 Popular Temples in Bangalore That You Must Visit

Dodda Ganapathi Temple can be visited any time of the year as weather is more or less pleasant in Bangalore throughout the year.

Best time to visit this temple is in the morning when the rush is low, and one can enjoy a stroll in and around the temple peacefully.

How to reach Dodda Ganapathi Temple

Dodda Ganapathi Temple is located at Bull Temple Road in Basavanagudi. This temple is roughly 21 Kms far from the heart of the Bangalore.

The temple area is well connected to every nook and corner of the city via all modes of local transportation. You can take a bus, taxi or train to reach the temple complex.

Metro is surely the most effective and comfortable mode of travelling to this Temple. You have to take the Green Line Metro to reach Basavanagudi.

Bangalore comes with the nickname of “Garden City of India”, and there is no prize to guess that the city has an innumerable number of well-maintained park and gardens.

Bugle Rock Garden is a prominent landmark of the city. This garden features a giant rock in the Basavanagudi area. It is believed, this rock rose abruptly above the ground about 3000 million years ago. The Temple complex falls inside this park only.

Sprawling over an area of 300 acres, Cubbon Park is a major tourist attraction in Bangalore. This park offers an eye-soothing natural surrounding all decked up with various shades of green foliage.

The park is named after Lord Cubbon who laid down the foundation stone of this park. This park is lined with more than 6,000 trees which developed a self-sustaining ecosystem to offer shelter to all sorts of animals and birds.

Bangalore Palace is the fascinating architectural gem that this city can offer you. This palace is the epitome of remarkable craftsmanship and unmatched heritage.

This gorgeous palace was built in 1878, and it features a blend of Scottish Gothic and Tudor architectural styles. Wooden structures inside the palace sports mesmerizing carvings to showcase royal culture in every form and way.

Lalbagh Botanical Garden in Bangalore is an internationally renowned centre for scientific study and conservation of plant kingdom along with the preservation of botanical artwork.

Spreading across an area of 240 acres, this garden is the safe abode to more than 1,854 species of plants. Construction of this garden was initiated by Hyder Ali in 1760 and was completed by Tipu Sultan. The garden houses a unique glasshouse, a lake and an aquarium too.