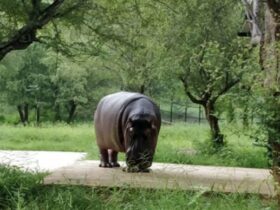 Amritsar is a renowned destination all over the world for its glorifying Sikh religious centre Golden Temple. It is counted among the best heritage destinations in Asia and the world. There are also some of the best hill stations near Amritsar.

Not just the Golden Temple, the city is also known for its lip-smacking Punjabi food, exclusive old shopping markets, and heritage local attractions like Wagah border, Jallianwala Bagh and so on. But, the opportunities don’t end here.

Amritsar serves as a gateway to plenty of beautiful hill stations which you will love to explore to have a break from the scorching summer heat.

The following are the 14 best hill stations near Amritsar for a perfect holiday trip.

Amb is a beautiful hill station located in the Una district of Himachal Pradesh. Majority of its part is situated in Punjab. The destination has derived its name after the Hindu Goddess Amba whose shrine is located in the holy destination of Chintpuri which features among the various Shakti Peethas in India.

Amb lies at a distance of 140kms from Amritsar. The location is not just about the gorgeous scenic beauty but also a great tourist destination housing ruins of ancient palaces, gardens and plenty of sight-seeing attractions located nearby. Buses are available from Amritsar to reach this destination.

Nurpur is a wonderful hill station in the Kangra district of Himachal Pradesh which is named after Mughal Emperor Jahangir’s consort – Nur Jahan. It was a ruling destination of the Pathania clans with their kingdom capital at Pathankot.

The city stands at an elevation of 643 meters from sea level is located at a distance of 141 km from Amritsar. The city boasts of having a panoramic scenic beauty and is also famous for housing the Lord Krishna temple; where the shrine of Lord Krishna is believed to be bought by his renowned devotee Mira which is worshipped in the temple till date.

The destination is also known for having the most beautiful collection of silk and Pashmina shawls. Some of its famous attractions are- Nagni Mata Temple, Brij Raj Swami Temple, and Nurpur Fort.

Dalhousie is a hot tourist attraction of Himachal Pradesh on five hills at an altitude of 1,970 meters from sea level. It is located at a distance of 198 km from Amritsar. The destination has a mesmerizing scenic beauty featuring misty mountains, pine valleys, glittering streams, and colourful meadows.

It is a tourist hotspot in Himachal Pradesh especially known for its Victorian style mansions amidst the panoramic scenic settings making the destination look like a fairyland.

It is a hub of breathtaking tourist attractions that you can’t get enough of. Some of the must-visit destinations in Dalhousie are – Panch Pulla, Satdhara Falls, Daikund Peak, Khajjar, Kalatop Khajjar sanctuary, Chamunda Devi Temple, Chamba, and Sach Pass. It is a trekker’s paradise and also offers opportunities for river rafting and paragliding.

Bakloh is a beautiful cantonment area in the Chamba district of Himachal Pradesh. The destination lies at an altitude of 4854 feet from the sea level and at a distance of 177km from Amritsar.

It is a gorgeous hamlet in the Una district of Himachal Pradesh and lies at a distance of 153km from Amritsar. The destination features the western Himalayas in the north and Shivalik ranges in the east.

It lies in close proximity to Chintpuri Shakti Peeth housing multiple temples and a deep well with upto 60 stairs leading to the underground and furthermore down to the main well. It is perched at an altitude of 950 meters from sea level.

Another biggest highlight of this small hamlet is the annual fair organized the day after Janmashtami festival and parallel with the Guga Navami celebrations. The fair organizes a grand Yajna, and Bhandara continuing up to 3 days.

Kangra is the most famous location and a district of Himachal Pradesh which is also called the home to Himalayan Pyramids. It used to be the ruling destination of the ancient royal dynasty in India, known as the ‘Katcoch’.

Due to its strategic location at the foothills of Dhauladhar ranges, the scenic beauty if Kangra is panoramic having the stunning Himalayan settings lined with dense forest in the surrounding and backdrop.

According to Hindu Puran, Kangra is referred to as Devbhumi which means the ‘Land of Gods’. The district houses plenty of temples; especially renowned for the Marsur Temple and also the heritage destination of Kangra Fort.

It offers endless sightseeing attractions for the tourists and also famous for the Navratra festival in the month of April along with Dussera celebration from September to October.

You may also like Phulkari Shopping in Amritsar – A Complete Guide

Chamba is a lovely town of Himachal Pradesh located in the Chamba district at a distance of 234km from Amritsar. It was anciently inhabited by Kolian Tribes in 2nd Century BC and then by Maru dynasty in 500 AD with their capital city at Bharmour.

The scenic beauty of this location is so pure and beautiful at the confluence of Ravi and Chal River that it is often referred to as the dreamy gateway in Himachal Pradesh. One of the biggest attractions of this location is the 8th century Laxmi Narayan Temple, which is an architectural masterpiece.

Another one is Bajreshwari Temple and the Hori rai temple belonging to the 11th century and finally the Chamunda Devi temple, which is architectural excellence of woodwork. Apart from the temples, the destination is home to beautiful lakes, museum and wildlife sanctuaries.

Famous as the residential location of Dalai Lama; Dharamshala serves as the headquarter of Kangra district in Himachal Pradesh. It lies at a distance of 205 km from Amritsar and 18km from Kangra.

The destination is perched at an altitude of 1,475 meters and is divided into two parts – The upper division is known as Mc Leodganj, and the lower division is Dharamshala.

Having the dense covering of deodar and cedar trees in the surrounding with snow-capped peaks in the backdrop accompanied by gorgeous valleys and landscapes; the destination of Dharamshala is perfect for enjoying a weekend among the breathtaking Dhauladhar Himalayan ranges.

Also popular by the name of Mandav Nagar; Mandi is a major tourist attraction in Himachal Pradesh in Mandi district. It is located at a distance of 290km from Amritsar and 145km from Shimla.

It connects to Pathankot via National Highway 20 and to Manali and Chandigarh via National Highway 21. It is also the headquarter of Mandi district. Covered in a beautiful dense forest of pine and deodar trees having Himalayan Mountains in the background, the town allures the visitors with its picturesque look.

It is a renowned religious centre having an array of ancient temples and old palaces. The river Beas cuts through the entire town area of Mandi enhancing its beauty to the next level and housing majority of the temples in its banks. It sees the maximum tourist crowd during its grand Shivratri festival.

Kasauli is a major tourist attraction in Himachal Pradesh in the Solan district. It falls in the way from Chandigarh to Shimla and lies at a distance of 279 km from Amritsar. The town of Kasauli is located in the south-western part of Himachal Pradesh.

The small town in the lower edges of Himalayas serves as a visual treat to the visitors with the velvet of green forests on the Himalayan Mountains, meandering narrow pathways cutting through the hills, alpine meadows, dense forests and the panoramic backdrop of snow covered Himalayan mountain ranges.

It is perfect for having dreamy breaks from the monotonous life. Some of its famous attractions are – Monkey Point, Christ Church, The Mall, Shri Baba Balak Nath temple, and Gilbert trail.

Khajjiar is another wonderful hill station of Himachal Pradesh in the Chamba district. It is perched at 6,500 feet from sea level and lies at a distance of 212 km from Amritsar. Khajjar forms an important part of the Kalatop Khajjar Sanctuary.

The destination due to its mesmerizing scenic beauty has been given the name of India’s ‘Mini Switzerland’ and also has a topographical resemblance to the country.

It is all velvety lush green with picturesque landscapes, green meadows, envious valleys, dense forest and mystic mountains surrounding the entire location. It is famous for horse riding, paragliding, trekking, Zorbing, and many other adventure stuff.

Initially, Shimla was the capital of British Raj, then it became the capital city of Punjab and finally of Himachal Pradesh. It lies at a distance of 365 km from Amritsar and perched at an elevation of 2200 meters.

Having beautiful colonial architectures, ancient churches, snow-covered Himalayan ranges, and the dense green forests, Shimla serves as an eye-feasting destination to the visitors.

It has endless tourist attractions among which -The ridge, Jakhoo Hill, mall Road, Summer Hill, Kufri, Annandale, Chail, Solan, and Shaily Peak are the famous ones.

Kasol is a breathtaking hamlet in Himachal Pradesh on the Parvati Valley by the banks of Parvati River. It lies at a distance of 378km from Amritsar. The destination is also popular as the Mini Israel of India.

It boasts of fantastic weather all through the year and also receives beautiful snowfall in the winter season. It is nestled between Bhuntar and Manikaran town offering eye-arresting views of the surrounding natural greeneries and snow-capped mountains in the backdrop accompanied by the course of Parvati River flowing through the entire town.

The destination offers heavenly beauty in each of its turn with majestic cliffs, pine trees, and shimmery waterfalls. It is a trekker’s hub offering adventurous Kheerganga trek, Kasol local trek, spine thrilling river rafting on Parvati river and plenty of amazing tourist attractions.

Nestled amidst the beautiful peaks of Pir Panjal and Dhauladhar ranges, Kullu and Manali are major tourist attractions in Himachal Pradesh close to Shimla.

Both are two distinct locations separated falling in the same route separated by a distance of 40 km. While Kullu is a district of Himachal Pradesh, Manali is its hill station.

Both of the destinations are excellent for trekking, hiking, rock climbing, and plenty of other adventure sports. It also features glamorous shopping areas and is perfect for the honeymoon couples for some cheesy romantic moments.

Hope you liked this article on best hill stations near Amritsar. Do share your views with me in the comments section below. If this article was helpful, do share this post with your friends on Facebook and Twitter. It would mean a lot to me.