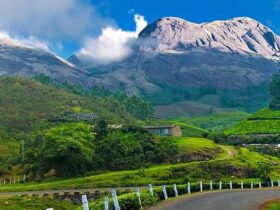 Bikaner lying in the northwestern part of Rajasthan is a famous tourist hub in India due to its heritage sites, age-old historical settings, lip-smacking Bikaneri Bhujias and the fabulous golden sand dunes of Thar Desert. Bikaner has a collection of breathtaking historical forts located in and around the city. All of its forts have been able to maintain perfect intact structures from centuries till date and is continuing to thrill the visitors with its glorifying past.

Each of these forts located in and around the Bikaner city is the example of architectural brilliance that will literally transport you to the pages of ancient Indian history. So, if you are planning to visit Bikaner, consider paying a visit to the following 5 forts positively for a memorable historical adventure. You will have an eye-feasting treat for sure.

Best Forts in Bikaner That You Must Visit

The following are the most amazing forts in Bikaner

It is one of the magnificent heritage jewels in Bikaner in the heart of Thar Desert.  It was founded by Rao Bika in 1478 and was known as the Stone Fort. The present structure of the fort was constructed by Raja Rai Singh during the period of 1588 to 1593 AD. The fort in the past decades have witnessed plenty of attacks by different rulers but none of them were able to conquer it neither destroy it.

The intact structure of the fort has been preserved from centuries till date. The fort covers an overall area of 5.28 hectares consisting of palaces, temples, gardens, kiosks, and pavilions in its premises.  The architecture of the fort is influenced by the three distinct styles. The first part has the influence of the Gujarati Association alliance with Mughal architecture; the second part follows the semi-western style and the third part is purely influenced by Rajput style. It is among the biggest architectural wonders in Bikaner having a rich architectural background.

It is the most beautiful fort in Bikaner made from the breathtaking combination of pink and yellow sandstone with white marble. The fort covers a huge area consisting of a stunning beautiful palace complex and gorgeous structures like Ganesh Pole, Jai Mandir, and Sukh Niwas. The fort represents architecture brilliance at its peak.

The fort is the pride of the Shekhawati Rajputs. It was constructed by Kesari Singh in 1750 AD. The fort looks absolutely gorgeous having a perfect blend of Rajput and Mughal architecture. The decorative themes, intricate floral carvings, magnificent minarets, breathtaking wall hangings, ornate furniture, and beautiful mythological paintings will amaze you at every turn.

The main entrance of the fort serves as the Suraj pole leading towards the Bichla Darwaza and further to the Uttar Pole leading to the main courtyard area. If you climb up the staircase you will be taken to the Diwan Khana which highly glorifies the Mughal Architecture and furnishing at its best.

You will also find a library there and moving upstairs is the Duchatta which used to be the ladies rooms to witness court proceedings behind the veil. The fort also offers visitors an amazing dining experience at the rooftop having a royal rustic ambiance. It is currently converted into a luxurious royal accommodation for the tourists.

Also famous as Chittorgarh Fort, it is one of the biggest heritage attraction in Rajasthan and the largest fort in Asia. The fort covers a total area of 700 acres and is considered to be the pride of Rajputs. The marvelous fort stands tall at an altitude of 180 meters on the hill summit and stretches of a length of 3km and the peripheral length of 13km.

The 7th-century fort used to be the capital city of Mewar Kingdom. It consists of plenty of heritage gates, palaces, temples, and two important towers. The architecture of the fort is absolutely lavish and outstanding with painted surroundings. The fort is also known for the famous bravery tale of Rani Padmini who jumped into the Jauhar Kund with thousands of Rajput women when Chittor was taken over by Allauddin Khilji.

The fort consists of seven gates- Ram Pol, Padal Pol, Bhairon Pol, Ganesh Pol, Jorla Pol, Lakshman Pol, and Hanuman Pol. It also houses the Gaumukh reservoir and Bhimtal Tank. It is a must-visit destination in Chittor for every tourist.

It is a very impressive historical structure of Rajasthan located at Nahar Ka Chauhatta in Bundi. The fort was constructed in the year of 1354 offering mesmerizing views of the Bundi city and surrounding Aravalli mountain ranges from an altitude of 1,426 feet. The fort used to be an important center for hosting a military activity during the reign of Mughals in Ajmer.

The fort consists of 6 gates and also houses Miran Saheb ki Darga. The fort is famous for housing the top-notch painting gallery that gave rise to the mural painting in Bundi. The fort is also famous for its hill crossing tunnels, the grand canyon known as ‘Garbha Gunjan’ and the beautiful Rani Mahal that was dedicated to the Maharanis and their associates during the Rajput reign.

The Fort achieves the maximum of its scenic beauty during the sunset time when the structure receives a heavenly look along with the town areas in the fading evening light. All artistic people and history buffs must visit this fort for a remarkable experience.

Hope you liked this article on the Most Popular Forts in Bikaner. Do share your views with me in the comments section below. If this article was helpful, do share this post with your friends on Facebook and Twitter. It would mean a lot to me. 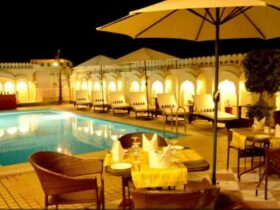 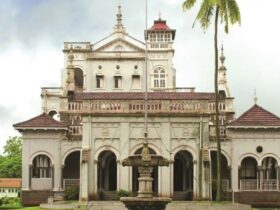 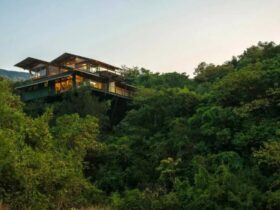