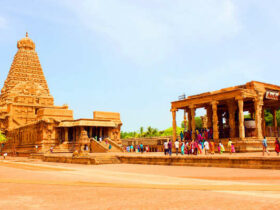 8 Most Popular Temples in Ooty

Raj Ghat, Delhi – A Complete Guide. By travelling, we generally mean visiting places with beautiful scenic beauty and wonderful picturesque nature, we tend to forget the places that are historically important and are sources of immense historical knowledge.

Other than oceans, forests, mountains, monuments, and forts, there are numerous memorials and mausoleums built in our country that pay homage to some of our forefathers, leaders and fighters who have lost their lives while serving to our country.

It is time that we visit these places and light up our minds with the deeds that our ancestors and leaders did for the betterment of our country.

Raj Ghat is a memorial that is dedicated to the father of our nation, Mohandas Karamchand Gandhi or commonly known as Mahatma Gandhi.

The term Raj Ghat loosely translates to King’s Bank which refers to the important people lying inside the premises, on the bank of the River Yamuna.

Raj Ghat was originally a historic ghat of Old Delhi, near Shahjahanabad. After Mahatma Gandhi was assassinated by Nathuram Godse on 30th January 1948, his last rites were performed on this ghat and the place where his antim-sanskar was done; a memorial was built to commemorate his death.

Later on, the place was extended. Numerous trees were planted, and chronologically, many important delegations were cremated at this memorial after their death.

The memorials of Indira Gandhi, Rajiv Gandhi, Jawaharlal Nehru, Atal Bihari Vajpayee and many others are present within the premises of Raj Ghat.

The Architecture of Raj Ghat

The memorial consists of a platform, made up of black marble that is built on the place where Mahatma Gandhi’s last rites were performed on 31st January 1948, after his death.

On the platform, his last words, “Hey Ram!” is inscribed. The eloquent and simple memorial has an ever-burning lamp build on it, and it lies under the wide sky. It is always decorated with flowers. The memorial lies on the green lawn which is flanked by a stoned footpath.

Raj Ghat also contains samadhis or cremations of various other people who were very important in the history of our country. There are numerous trees in Raj Ghat that were planted by various important dignitaries like Queen Elizabeth II, etc.

Also read 13 Most Popular Gardens and Parks in Delhi

Located just beside the Raj Ghat, the Raj Ghat Museum is one of the prime museums of our country.

Also known as the National Gandhi Museum, it has an illustrious collection of audio-visual materials, relics, books, journals, original crafts, documents, photographs, drafts and many more materials that are closely connected to Mahatma Gandhi, his wife Kastur Ba and India’s struggle for freedom.

Currently, it is developing into a resource centre for the Gandhian Research and Allied Studies. Numerous historians visit this place.

Related Read 15 Most Beautiful Lakes in Delhi With Scenic Views

Vijay Ghat is the memorial that was built on the spot where India’s second Prime Minister, Lal Bahadur Shastri was cremated in the year 1966. The term Vijay means victory. His memorial is named so because he led India into victory in the year 1965, during the war against Pakistan in 1965.

Every year during the death and birth anniversaries of Lal Bahadur Shastri, prayer sessions are held in the memorial, and many delegates and important ministers visit Vijay Ghat.

Shantivan means the Forest of Peace. It is the memorial built upon the crematoria site of India’s first Prime Minister, Pandit Jawaharlal Nehru. It is in the form of a large base and is covered by the lush green lawn on all sides. The memorial lies north to Raj Ghat, the crematoria of Mahatma Gandhi.

Prayers and ceremonies are held every year on the death and birthdays of Jawahar Lal Nehru. Children take part in various programs as they were favourite to Pandit Jawaharlal Nehru.

The memorial was built in her honour after her assassination. She led India to a better future with immense development and financial growth. Her memorial has a monolith stone of greyish-red colour that stands erect, and the platform is covered with marble.

The memorial site is covered by green lawns and large trees which creates a soothing and peaceful ambience around the place.

Vir Bhumi is the site where the last rites of Rajiv Gandhi, the son of Indira Gandhi, were performed and on this site, his memorial was built. He was a young leader who dreamt of a new and developed India but unfortunately was assassinated by a female suicide bomber at a very early stage of his term.

His memorial is covered by well maintained and trimmed grass. There are many trees bordering the memorial site. The ambience created matches with the personality that Rajiv Gandhi had.

In the year 2000, the government decided that individual memorials and samadhis will no longer be made of the VVIP’s at Raj Ghat or surrounding places.

A single platform would be built that will commemorate the late prime ministers and presidents of the country. This platform was named Rashtriya Smriti Sthal and was built in Raj Ghat.

Raj Ghat is open from 6:30 am in the morning to 6:00 pm in the evening. It is open on all seven days of the week. Every Friday, a special prayer meet is organized at the Raj Ghat at 5:30 pm.

The Red Fort was constructed by the Mughal Emperor Shah Jahan. It served as the chief residence for the Mughal Royal family for many years. Built-in 1639, the Red Fort derives its name from the red sandstones that it is built with.

It has numerous apartments build on individual pavilions which are connected by a stream of water called Stream of Paradise. The architecture of the fort is of Mughal style that reflects a blend of Persian, Timurid and Hindu traditions. The Red Fort stands on an area of about 255 acres and is protected by a wall that is 2.4 kilometres long.

Located on Hailey Road, Agrasen Ki Baoli is a 60 meter long and 15-meter wide stepwell that was built by the legendary ruler Agrasen. It is protected by the Archaeological Society of India and is a heritage site of India.

The stepwell has 108 steps and is a unique structure. There are visible structures build around the stepwell that is three-storied and has arches built on both sides. The architectural style of the Agrasen Ki Baoli is ancient and resembles that of the Indus Valley Civilization.

The term Jantar Mantar loosely translates to the instrument that performs calculations. It is a gigantic sundial that was built in the 18th century by Maharaja Jai Singh II. The observatory is build of red bricks that were made of sedimentary clay, thus giving the complex a bright reddish colour.

The astronomical marvel consists of 13 individual instruments that give the exact same time and also make calculations on the position of the earth, sun, moon, stars and other heavenly bodies.

Old Fort or the Purana Qila is one of the oldest forts of the country and dates back to the pre-Mauryan period. The site was inhabited continuously for 2,500 years, and the present stature was started to be constructed by Humayun.

The walls of the fort are of 18 meters height and run for 1.4 kilometres. The walls enclose numerous structures like the Qila-i-Kuhna Mosque, Sher Manzil, Kairul Manzil, Lal Darwaza, etc. You can also boat at the lake beside the fort.

Previously known as the Kingsway, India Gate is a war memorial that was built to pay homage to the 70,000 Indian soldiers who gave their lives fighting in World War I and the Third Anglo-Afghan War. Built-in the style of an arch, the India Gate resembles the Arch of Constantine, Rome.

Underneath the statue, a black marble platform was constructed in 1972 that has a rifle and a helmet placed on it and represents the “Memorial of the unknown soldier”.

Parades are held on Independence Day and Republic Day on the Indian Gate. It has been the site of numerous protests and is an iconic structure of our country.

Hope you liked this article on Raj Ghat in Delhi. Do share your views with me in the comments section below. If this article was helpful, do share this post with your friends on Facebook and Twitter. It would mean a lot to me. 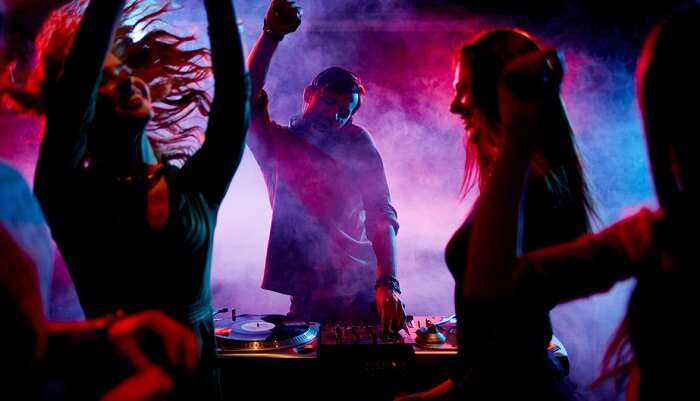 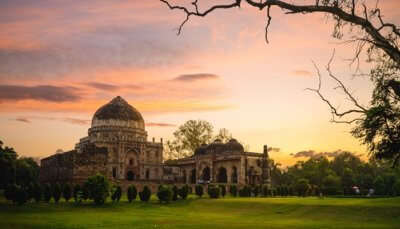