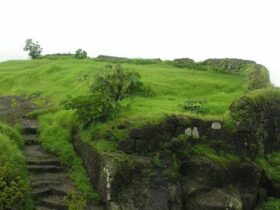 A complete guide to Nahargarh Biological Park – Saving wildlife has become one of the crucial aspect of a healthy society. Located just outside of jaipur in the vicinity of Nahagarh fort, Nahargarh biological park is a facility containing vast majority of flora and fauna.

The park itself is spread in about 7.2 sq km and comes under Aravalli range providing perfect conditions for the life inside. A visit to the park will only reveal the facilities and fine maintenance provided by the authorities to conserve the endangered species of India.

After three hard years of its development the park was inaugurated by the CM of Rajasthan, Smt. Vasundhara Raje herself and was made open for common people.

The sanctuary has been constructed keeping in mind the comforts of
wildlife, plants as well as the human visitors. Nahargarh biological park truly shows the diversity and provides better living conditions for endangered animals like antelopes, leopards, lions, civet, sloth bear, otter and many more living in conundrum.

Things To Do At Nahargarh Biological Park

Nahargarh Biological park is a newest gem added to the tourism of Rajasthan. A variety of wildlife can be seen here living in there close-to-natural habitat inside open enclosures unlike many zoos.

These enclosures provide much activity areas for the animals and hence you’ll find yourself admiring different species enjoying things they naturally like to do. Mother nature truly is a thing of beauty and mysteriousness.

What people see or observe in daily life is just a shed over a huge variety of wildlife of their own region. Then comes the Nahargarh Elephant safari, imagine a 2 Km long ride with more than enough time to observe different species from an exceptionable location.

Elephant safari is obviously a very pleasing approach to relish into the nature for the tourists. While you’re waling by all the fauna, don’t forget to notice the plant species around.

A very rare and beautiful flora culture awaits you at your visit. Hundreds of birds including pin-tail, grey leg goose and even coot migrate back to the park and can be seen at their full bloom.

When you look at the prices of the tickets to your escape into the nature, they’re actually quite cheap. The government has thought everything through and made different prices for Indian and foreign people.

The prices are obviously less for Indians to make them aware as well as pleased by their own natural culture. Entry into the park is free for children under 7. An adult entry is granted at just 20 INR and foreigners are required 300 INR for one ticket.

The facility is kept open for common people throughout the year in two phases. Between 15th March to 14th October( which is considered summer time) the sanctuary is open between 8:30 AM to 5 PM and between 15th October to 14th March (considered winter timings) the sanctuary opens half hour late i.e. from 9 AM to 5 PM.

Nahagarh biological park is closed on Tuesday and regional or festive holidays may change the timings.

You should also check out Appu Ghar Jaipur, which is the most popular amusement park in the city of Jaipur.

How To Reach Nahargarh Biological Park

The sanctuary is located about 12 km from Jaipur on the Delhi-Jaipur highway. It’s situated in the vicinity of the historic Nahagarh fort just under the Aravalli range.

If you’re from Delhi, the total journey accounts for about 4 hours and 40 minutes. On the Delhi-Jaipur highway between kukas and hathi gaon. Coming from delhi, just after kukas police chowki over the highway you’ll see a sharp right turn . After getting off the highway its just a 2 KM journey before you reach your destination.

Also read 10 most popular places to visit near Jaipur

Although the park is surrounded by a mountain range, the temperature does gets particularly high. The place is all about walking between the variety of wildlife and hence its a pretty good idea to visit the place when its not that hot.

Early winters will give you the best opportunities, as all the birds start to migrate back to the park from different parts of the mountains and the warm blooded animals are yet to go to hibernation.

One of the best thing about the place is elephant safari which will be on its best on a dry but cold day. Starting of October is recommended for this visit before it gets too cold.

Other than Nahargarh biological park, Jaipur itself is known as the pink city of India with multiple tourist attractions. One of these is ‘Jal mahal’ meaning ‘water palace’.

With just at 10 km from the park this is a palace which is situated at the middle of Man sagar lake in Jaipur city providing a serene sight in between of a very busy city.

Another great spot to be is just 14 km away from the park, known as ‘Hawa Mahal’. Built in 1799 under the orders of Maharaja Sawai Jai Singh, the palace is made by sandstone with a honeycomb structure having 953 windows.

The aerodynamics of this place creates a breeze to flow through the palace. Other greats spots nearby include Amber fort, textile industries and Sheesh mahal.